Airi SUZUKI (鈴木愛理) in a japanese singer, model and actress signed under the UP-FRONT WORKS agency.
Born on April 12th, 1994 in Gifu prefecture, she officially debuted as an Idol on June 30, 2002 as an Hello! Project Kids. Before that, she was a UP-FRONT MUSIC SCHOOL student and appeared as a back dancer for numerous artists, such as EE JUMP. After being a member of °C-ute for 12 years, she started her solo career following their disbandment. 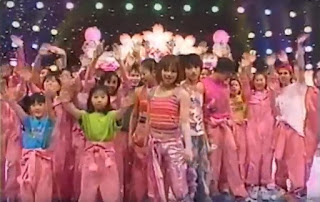 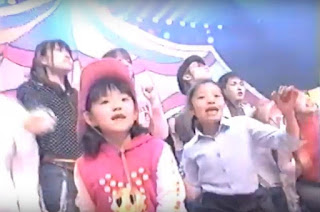 Airi Suzuki as a backdancer for EE JUMP, before becoming a Hello! Project member 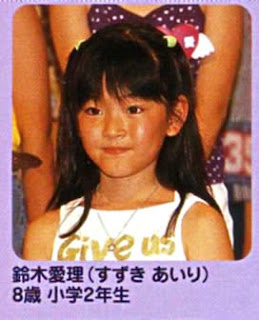 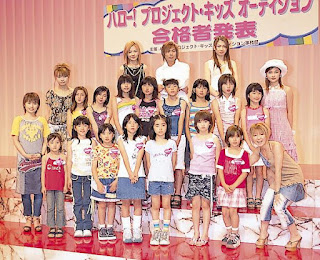 Various pictures of Airi Suzuki at kindergarden, shared by her teachers

● The other choice for Airi's name was "Merii メリイ / Merry" but her grandmother told her parents that she would've been made fun of at school because there was a popular horror game called "Merry's phonecall", so they decided to name her Airi

● Airi used to live with her parents and her young brother in Yamatake-gun Oamishirasato-chou, Chiba prefecture. She now lives alone in Tokyo.

● Her parents are the professional golfers Tooru SUZUKI (鈴木亨) and Kyoko MARUTANI (丸谷京子). They were respectively born on May 28, 1966 and April 11, 1968 at Gifu and Saitama Omiya.

● Her father started to play golf at 9years old and is a professional golfer since 1989, her mother started in 1992 but stopped one year after.

● Her parents have known each other since university, and married on a November 15th, but they registered their marriage just one year before Airi's birth. At that time, they were living at Toru's parents house.

● When her father's results started to decline, her mother said "I married you because I liked the size of your butt, but it's sagging a bit lately", which motivated her father to work on his lower body, which is the foundation of his swing.

● When she was younger, her mother used to bring her to Morning Musume.'s concerts. She also made homemade crafts like Anpanman cushions that Airi loved or even a teddy bear with clothes.

● Her parents are really proud of her and often gives her precious gifts to celebrate her growth, like bracelets, necklaces and watches.

● In 2021, her mother was hospitalized for sepsis. She spent 12 days in the hospital and almost died. Fortunately, she recovered.

● Her young brother is named Takayuki SUZUKI (鈴木貴之) but his friend calls him Takkun (たっくん). He was born on March 25, 1996. He attended Takushoku University Koryo High School and Chuo Gakuin Daigaku since Spring of 2015 and graduated on March 2019. In 2022, he announced he became a golf instructor and opened his own Instagram account.
He loves Airi dearly and they often go shopping together.
He still lives with their parents.

● As for her close friends, in highschool Airi used to often talk about a best friend named "K-chan" in her blog. After °C-ute's disbandment, Airi revealed the identity of this person, who is the famous dancer KANATA.

● She attended the same secondary school as Ryûnosuke KAMIKI.

● As for now, she is of course still close friend with °C-ute members, and her Ray model friends.

On May 27, 2022, she announced on her blog that she is dating professional football player Ao Tanaka.

Airi usually shares many things about her managers. Her chief manager is called Ogu-san (Hideki Oguro), he's a former drummer in the TNX band 7HOUSE. They shared the same building, but they weren't in the same department, so they haven't really met before. He was the music director when Airi recorded "Suki ni naccha ikenai hito" and was very severe about rhythm. Airi was so scared of him. When they first started to work together, he was calling Airi "princess", which she hated, and he often got on her nerves. But as he wasn't familiar with Airi as a Hello! Project member, he never told her "You should be like this/give off this vibe" so she started to like him for that. They often go to drink together. He's got a kansai accent so she started to talk like him, to the point many fans worried she got a boyfriend from Kansai. She had to reassure them durig events.
Her first location manager was Saku-chan (Misato Sakuma). When she was hired, Airi said she felt so bad because the first thing she was told was "she's a pain, like, for real, so troublesome" from Ogu-san.
Since August 2022, she has been replaced by Memi-chan (Memi Sawada), who is Ai Takahashi and Nozomi Tsuji's former manager.
-----------------------------------------------------------------------------
Learn more about Airi Suzuki by reading these two interviews :
・Airi Suzuki - 18 years history (Airi-aL photobook)
・Airi Suzuki - Long interview (Airimania style book)