Sumo Neko is a drama adapted from the manga Hasumaru.
It was first broadcasted on NHK in 2014, in the program "Aoyama One Seg Kaihatsu", which determinate every week the broadcast of a drama according to the votes of the audience.
Having obtained the second place, Sumo Neko's broadcast stopped after the 4th week. 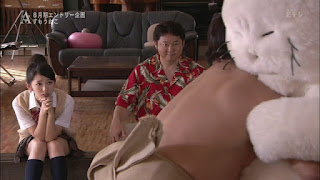