Q. Was your first photoshoot difficult ?
Even before I became a model, I was looking at pages like these thinking "Ah, it must be very fun to play with facial expressions like that, with many outfits... I'd like to try that if I was a model"; so I was very happy when I was told I would do such pages. I thought "What ? Me, I really can ?". As the theme was "outfits a real student would wear", I thought "I'm glad I went to university..." (laughs)

Q. I think you shot in many places, but is there any place that brings memories ?
Hmmm... I went in many temples, I also went to the aquarium where I found my favorite fish ! (laughs) I also went to many schools, well, school campus different than mine, that made me think "Oh, so there's such type of school !".
Also, at the same time all the students around me were preparing for internships, the theme of my shooting was "Internships". I couldn't experiment these things myself but thanks to this shooting I had a glimpse of what it could be, "Ah, they must be stressed like this when they go to the companies. It was very fun to experiment things other students are experimenting in real life.

Q. Are there things you paid attention to for that shooting ?
A lot of models are really tall, which isn't my case - I'm around 162cm, so when I look at magazines, there are time I think "Ah, these clothes are cute ! But this model has tall legs so I wonder if it would suit me?...". And I also already have these moments where I buy clothes but it doesn't look as cute as the model wearing it. So since I became a "Ray" exclusive model, my goal was to make readers think "Oh, I can wear that !" and be a "realistic" model. When I shot for this feature, I really felt like a casual student and I wanted the readers to feel this through me.
Also, I'm a pretty positive person, so I try my best to not show it too much during photoshots (laughs) I really tried my best to adjust to the shooting.

Q. This time, you also participated in the editing of the pages, how was it ?
As it was the last pages of this special feature, I was able to give my opinions on the various shootings. Until now, there were many times I thought "students are really doing such things ?", for example club activities, that I'm not doing personally. In this issue, there isn't any situations like these, I tried to put situations I experienced or that I would experience in this time of the year. The writing of my school thesis, various seminars...
There's only one thing... In fact, since secondary school, I dream of being the sport club's manager, and I know it's impossible to realize but it's a true dream of mine - to the point all of my friends from secondary school were members of the softball club. They were managing the club and I thought that the spirit of sport was incredible. So I added this in the feature. A situation where I played a sport manager, it was un.

Q. What's your favorite page of the feature until now ?
It's not really a page where I introduce the outfits, but there's a scene where I wake up late. I was really happy they let me do this, a photoshoot that represents a full day. It was so fun, I was in pajamas. 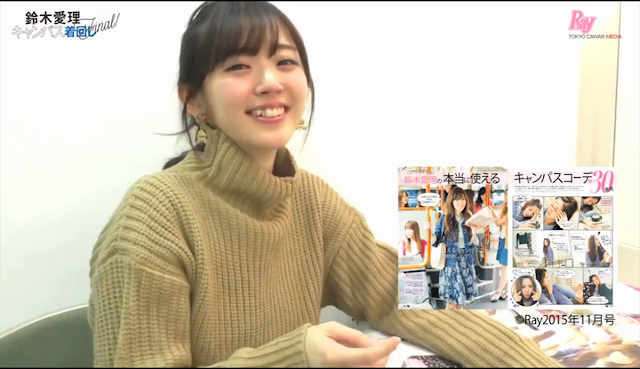 Also, this page with ℃-ute. In fact, it was a photoshoot with Nakajima Saki, and the icecream we ate was delicious. That's the type of memories I have (laughs) 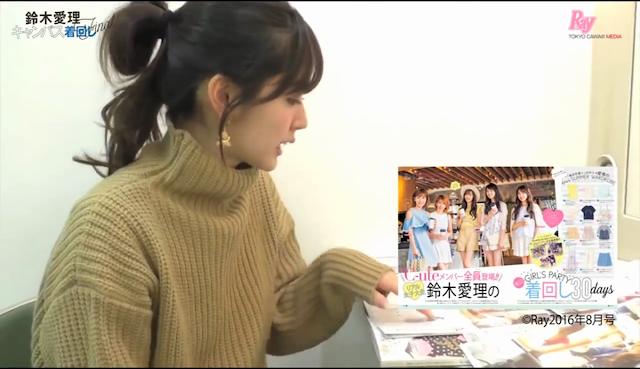 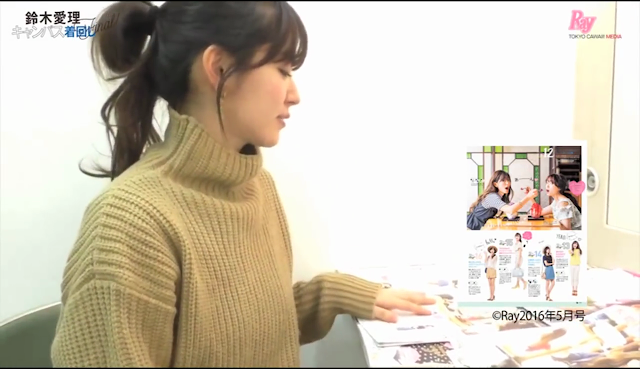 Otherwise, there are many shoots where I have to be on a bicycle. I didn't do it in a long time, so I was making the staff worry about me as they would tell me "Be careful !". The one I remember the most is the shoot we did in a parc. After that, we all went to Starbucks before coming back. 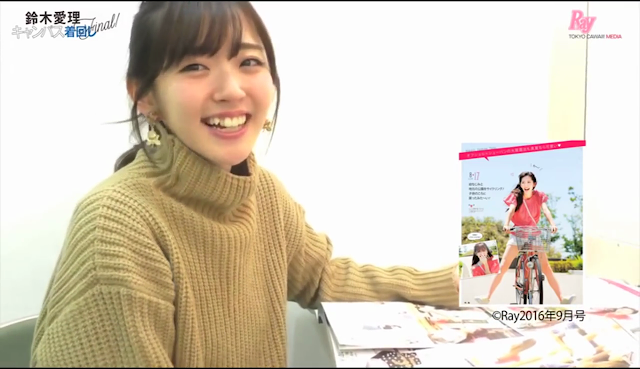 Well, no matter which page I look at, I have many memories with each shooting that I want to treasure.