Suzuki Airi FC Event Dai Ikkai AiriMania-kai ～Budokan Otsukare/Aa Sou ieba 24sai Omedetou～ is Airi's first fanclub event as an artist and first "Airi Mania" event.
Held on August 11 2018, it celebrated her 24th birthday four months late, but also her first Nippon Budokan performance which took place the month before.
Only two performances were announced at first, but due to Airi's popularity, a third performance has been added.
As every year, Airi threw signed balls in the audience: 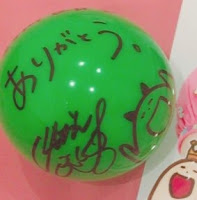 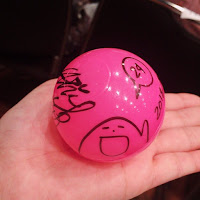