The PARALLEL DATE tour is completely over！！！！！ 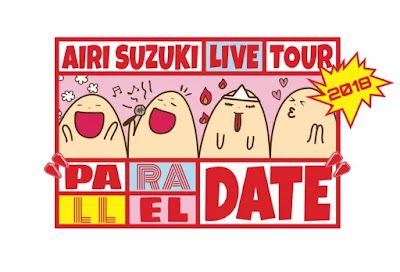 Thank you to everybody who came, and to everyone who expressed their wish to come！！！

And while looking at your opinions through comments too
that's the tour I came up with.

I became like "What if I made it the tour title?!"
and from that, I came up with a lot of ideas

I really took a long time to think about it!!

I didn't want it to become a musical
but
I wanted to tell stories,
and
I didn't want people to see everything with the point of view of a third party. That's where the "date" feeling is great!
However
I wanted to make it funny too！


We held continous meetings with my selfish requests
and during the rehearsals,
and me and the crew that was going to appear tried to share
the images they had in their head and that weren't clear still,
and what they wanted to convey.

When we linked it with footages,
I asked the opinions of people watching it for the first time to know how to properly convey it.

When I came back home and thought about the goods that were linked to the live outfits
I thought "That'd be great if that makes them remember this time"
and like "Did they notice that all the footages were shot from my right side?"

I went a little too far. lol

That was the case with my Budokan live too but
I wanted to make something that was never done before.
but because of it, the crew cannot really imagine
a glimpse of what it's going to look like
and it makes us nervous! lol

But the feeling of having created a new thing when everything is completed
is amazing
I can't stop it, I won't stop〜 Really.

There are still a lot of things I wanna do〜

That's why,
Even though I write the words "the tour is completely over" all the time
it means "We were on fire and could enjoy everything to the fullest without anybody to be injured!!!".

I don't know why these words always makes me so lonely〜

Maybe because of "completely" and "over"

The fact that every single performance is going to end...

It's so fast, I don't want that

Everything ended yesterday and
even though it's not like we won't meet ever again or
that you're all going to be so far away from now but
I feel so lonely.

And don't know if this reluctance of lonely feelings is
the reverse side of all the thought process it took to make it...

I'm a solo artist since less than a year
but the Suzuki Airi project that started since the beginning of 2018
is consisting of
the managers,
the recording team
the band team
the dancers team
the live staff

80% of these people
didn't know each other

Only the feeling of growth was left

Because I've became a solo artist,
I'm in a position where I am able to tell my opinions about
all the things I want to do, should do, want to try, wonder if I should try...
And it's a really new feeling for me

The fact that
these seniors with a rich life experience,
these staff members whose talents are being wasted on someone like me
The fact that they're all accepting this selfish person I am with such a huge kindness


The fact they're not even once
telling me "That's just impossible to do !!!"

I came to understand
This result and a proper way of communicating with you Airi manias.


Even though this alone makes me very happy
The reason I really love this team,
The reason that makes me the loneliest...

Is that they're,
each one of them
so warm.

they're all so warm.
(t/n Airi means that every single staff member is not entirely dedicaced to produce her/work with her only, however they are all so kind)

It's usual for me to be like "I had a blast!!" after each live but
it's pretty rare for me to feel that warmth.

My happiness is overflowing
seeing this place full of everyone's smiles.

I don't want to leave out even one person from that circle
that's why I also want to include the fans inside it.

I want to make cool things, and new things,
but I want to keep on protecting the fans I've met
and the path and history I walked until now
with all my heart
I want to link them all

These selfish person I am
wants to put the same selfish feelings into the work she's doing.

I believe this warthm has been received by you guys
but I'm not sure.

When I'm searching your comments on the net after the lives
there's nothing warmer than this...

Of course I'm also happy when you write "Airi-chan did so well!"
I'm so happy I take screenshots of your comments
I'm glad you're praising me! (lol)


But there were also many comments such as
"I love the Airi team! The staff, band, dancers! I love them all!"
I'm so happy about them.
Happier than when you're praising me.


I really want to reply to each every one of these comments
but as I can't do it I replied orally, while reading them alone!! (lol) (that's a true story)


Thank you also for all the flowers and presents.
I've seen them and received them!!!

But, if I post a picture like "I've received them!"
the people whose gifts aren't on the pictures will feel sad
so I have the rule of not doing so and won't post them
but all the flowers received from the Airi mania
and all your letters
I'm so happy to receive them I want to hug them (lol)

As the tour ended yesterday
we had a celebration party with all the staff for the first time.
Because our schedules always didn't fit,
and it's pretty hard to keep communicating with the cameramans and such
after the performance has started.
So yesterday was a very important event.

And they know me since my secondary school days
so I'm really glad I'm now able to drink alcohol with them now.


I'm able to speak with them about
my dreams and thoughts


During the greetings
I've talked with some staff members and
there again I realized how much love they give to me
I've come to understand that they're supporting my future dream very closely and even more than me.

They've told me things such as "Let's bring Airi to big stages together".

That's why I decided that
jumping on everyone's support
I want to take you to big stages!!!

The dreams I've still not realized while being a singer.
The dreams I couldn't realize in 15 years.

As I've decided to go back to this singing path by myself,
I can't die until I made all of these dreams come true!!!!


I've cried so hard
receiving that much love tonight (lol)

I wonder if that's what happiness is?
To me, Airi mania,
the fans, the band members, the dancers, the staff, every one
is a team that makes me so proud!!!!!!

Our positions are different and
the things we have to do and roles are different but
I think it's just good to be working towards the same goal
that's what I think.

This tour ended unfortunately but
but it has been decided that I'll tour again next year!

So I'm thinking about all the things I want to do!!!! 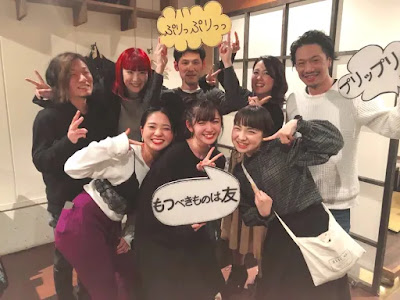