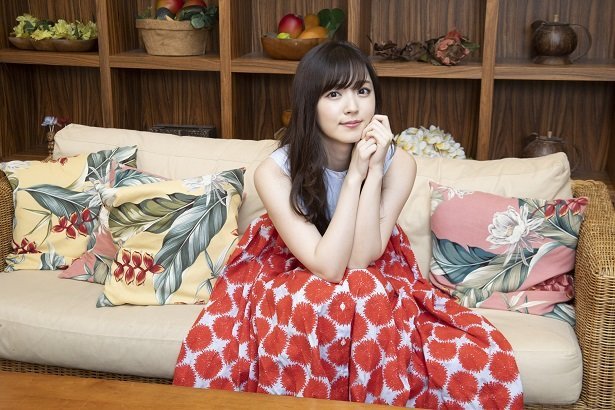 I-Turn is a drama based on Tetsuzou FUKUZAWA's famous novel, airing every Friday nights on TV Tokyo. This time, we interviewed Suzuki Airi, who is playing Mizuki, an office worker who has no interest in love, and is also Komae's subordinate.

A drama appearance for the first time in a while, which brought a lot of conflicts and remorse

―― This drama is your first acting work for the first time in a while, what did you feel on the set ?
The first thing I had to recall was how to remember a script. During the shooting, there was a lot of time I communicated with the director and the staff, and it was a lot of fun.
At the same time, I had a lot of conflicts with myself. Even though I thought "I want to act like this !" I couldn't really do it like I wanted, and I had a lot of remorse "I wish I could have done more".
But expressing yourself is the same for singing or acting, so I hope I can apply what I learned to my singing. 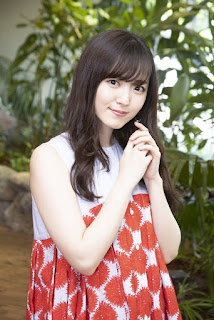 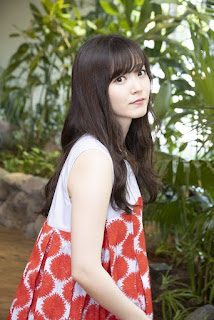 Arata FURUTA is a lemon sour master *?!
t/n an alcohol drink made with shochu, soda water and lemon juice

―― I think you had many scenes with Tsuyoshi MURO and Daichi WATANABE, can you tell us more about how the shooting went ?
Honestly, I learned so many things. From the way they face their role to the way they are on the shooting place. I really tried to absorb anything I could from it.
To have "conversations" with others during the shooting was a big experience to me, and I was able to improve a lot. Also, they took me for meals between scenes and it was very fun.

―― What did you think about Arata FURUTA and Kei TANAKA's performance as yakuza.
I didn't have any scene with Kanata-san. I had a scene with Furuta-san, and he had such an aura by just walking. He was so cool my jaw dropped (laughs) Furuta-san's action scene is a must scene.

―― Furuta-san said in an interview "my biggest achievement was when I taught Airi-chan how to make a lemon sour".
An achievement ? (laughs) I made my solo debut last year, and after the lives, everyone besides me was drinking beer, so I wanted to try out too and I ordered some. I'm pretty weak to alcohol but started drinking beer. When I said "I don't really know much about alcohol" after the shooting, everyone told me "Well, you should learn from Furuta-san!". Then, he said "Let's try lemon sour first !". Now whenever I see lemon sour, I see Furuta-san's face (laughs). Muro-san told me "You had a great teacher".

――You said you paid attention to your make-up, to express Mizuki's emotional changes because of Komae.
My role is an introvert girl who has no interest in love at all. At first, I didn't wear much make-up. However as she gradually start to feel interest in men, she tries to learn more about make-up. I'm glad if the audience can understand these feelings through my make-up. There is no scenes where I'm doing make-up, but I hope you can notice a slight difference.

――Is there any particularity about the make-up you did ?
Mizuki-chan has never done make-up before, so at first I made it thick. I thought it should be better to show how hard she worked on that make-up as she's a complete beginner. On the fifth episode, I did my cheeks too hard and put on red lipsticks. 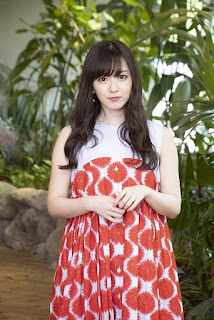 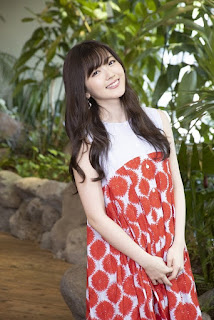 Paying attention to Mizuki getting cuter

――Does your make-up change when you're in a "love mode" ?
Well... I wonder (laughs) As I'm a regular model for the fashion magazine "Ray", I'm staying informed on what's trending but...
It doesn't need to be about love, because I'm mainly thinking about make-up for my lives, so I have a lot of waterproof ! It doesn't fall even if I cry. I really need make-up that stays.

――Are there any moments your heart raced because of a man working ?
Whatever they work is, I think that people who have dreams and ambitions, who works towards change and make efforts are very cool. My father is a pro golfer, and even if he gets old, he doesn't forget his main goal and his hard-working self. I love guys wearing suits too ! I have a lot of fans wearing these. During events, there are many people wearing the live t-shirts, but sometimes I see a fan with a suit and I think "Oh, here's a pretty boy" (laughs). I remember fans' faces ! I always think things like "Oh, this fan got an haircut !" and so.

―― And if you were an office lady for real ?
I like fine work, so I might be suited for Mizuki's work. It's not related to office work, but as a child my dream was to become a cashier at my local supermarket. I love calculator or old keyboards that makes sound.

――Please give us a last message, including things we shouldn't miss !
There are many scenes that will make people think "Airi-chan's doing such a thing ?!". It's in Komae-san's dream, but... maybe it's cosplay ? It's a scene that could make you grin.
Pay attention to Komae-san's struggles, but also to Mizuki, the introvert girl turning into a beautiful woman.
It made me realize again how much I love to express myself through singing and acting, so I'd like to continue trying various things in the future too.