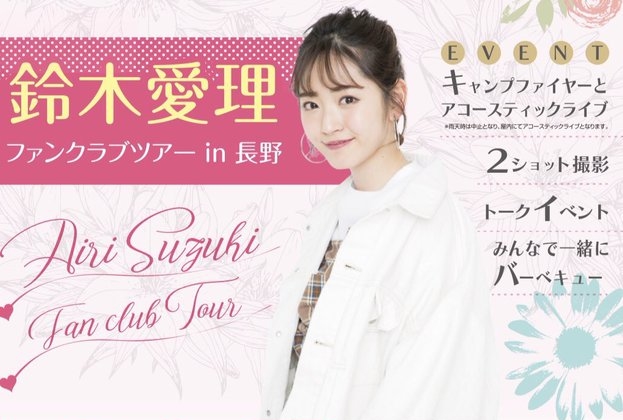 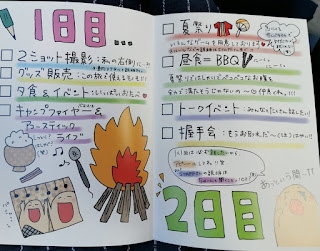 Fans had to meet at 9:10 a.m. (°C-ute's time) to receive their shinkansen ticket to Nagano station. It's written "Suzuki Airi FC tour" on the ticket.

Glimpse of the bus' number plates. 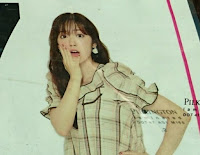 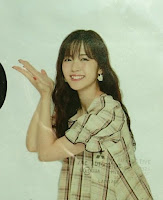 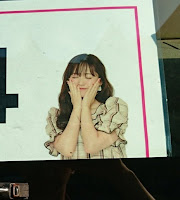 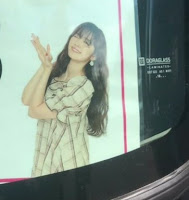 Airi greeted fans and took a group picture with every bus : 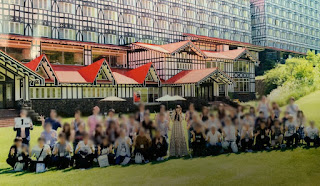 Then, the fans had to line up for their two-shot with Airi. The theme was "on Airi's right side at a yakiniku place", just like in her song "Watashi no Migigawa" : 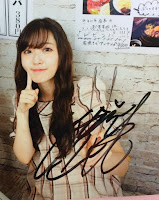 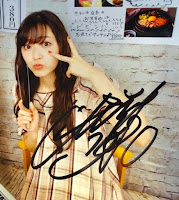 Fans then had diner and after, waited for Airi's talk show. During the lottery, some fans received presents from her. 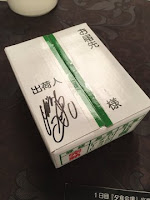 She then had a camp fire in the parking lot, and had an acoustic live. Fans got to see a surprise fireworks ! After the event, Airi went to people's rooms to hand them a fan : 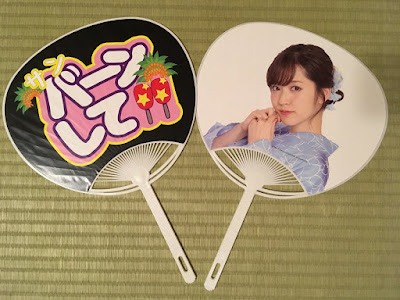 Fans had breakfast and then got some fake Airi Suzuki bills to participate in a summer festival : 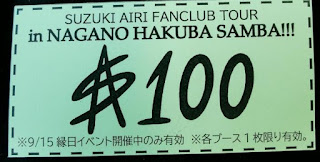 Many games were prepared in a big hall and fans could participate by exchanging these fake bills. 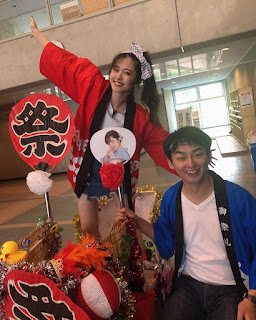 They had lunch at a barbecue, and Airi had a toast with some fans. After another talk event, she handed the fans their group picture and solo two-shot in a beautiful card. 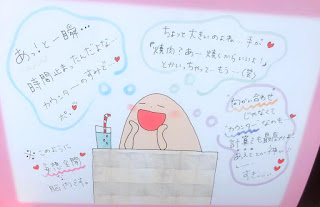 When they got back in the bus, some fans got lucky as they won Airi's Teru Teru Bouzu dolls : 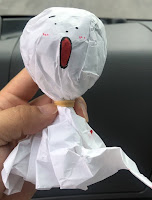 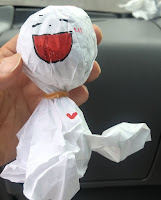 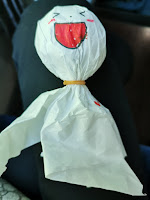