(TRANSLATION) Suzuki Airi for Forbes Japan - To keep learning about yourself. The professional work ethic which supported Suzuki Airi's career for 18 years. 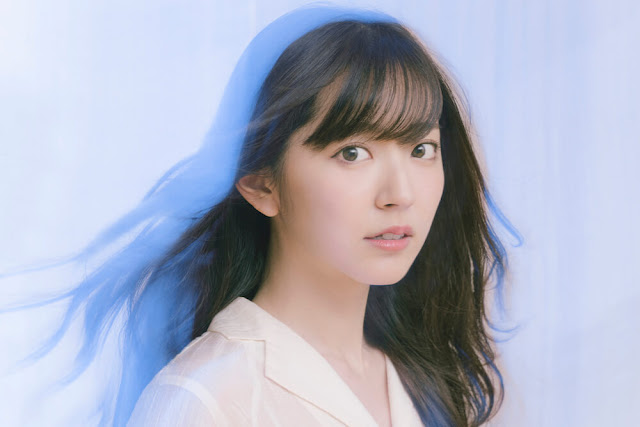 "God doesn't give with both hand". You can deny those words by taking her as an example.

This is Suzuki Airi, former Idol group ℃-ute's center, who is now active as a solo artist but also a model and actress.
After passing one of "Hello! Project"'s audition in 2002, she was selected as a member of the Idol group "℃-ute" in 2005. The year of their major debut, they won an award for Best New Artist and performed at venues considered the best for popular artists, such as Nippon Budokan or Saitama Super Arena. In parallel with her idol activities, she also works as an exclusive model for the women's fashion magazine "Ray", and graduated from Keio University.

Shortly after her solo debut following ℃-ute's disband in 2017, she performed at Nippon Budokan, and her first live at Yokohama Arena has been announced for next spring. Her second album "i" has also been announced for December 18.

Lately, it has become common for idols to be multi-active. However, the reason she's worth mentioning is her professional attitude towards work, which focuses on providing "results", no matter the field.
On the day of our interview, she looked in the eyes of each and every person from the staff and introduced herself with a smile "Nice to meet you, I'm Suzuki Airi", then bowed. While already feeling a sense of "professional work" from that introduction, we talked about her view of work, built from her 18 years long career. 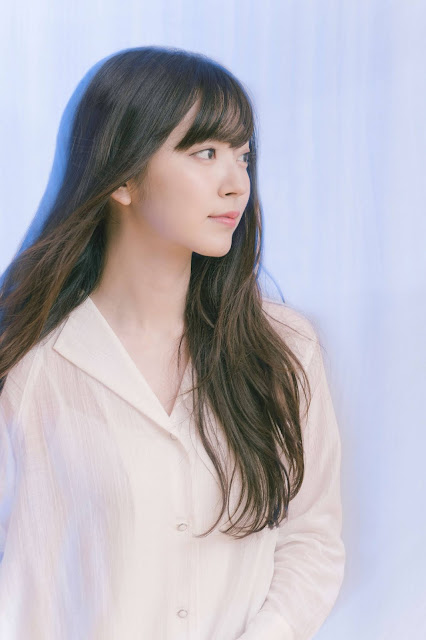 Debuting as a primary school student, being conscious about "work" even as a young child

I entered the entertainment world and started my job when I was in primary school. At that time already, I had a feeling that I was "doing my job".

Idol is a job where you get judged easily. By looking at the penlights colors the fans are holding when you're on stage, you can get a glimpse of your popularity. What I remember the most is a popularity contest held by fans at the time of Hello! Project Kids. My ranking was so bad, it was very painful.

But, thanks to this, I was able to understand my environment and also the times people would judge that I'm good or bad. I think my awareness of "work" started when I naturally learned to think "How can I increase my number of fans ?". I studied a lot about how to promote myself, and the biggest change was when I started making doing make-up.

In Hello! Project, the moment you become a junior high school student, you have to do your hairstyle and make-up for concerts by yourself most of the time. So, how you're perceived is all depending of you. If you can't do it properly, you won't shine on stage.

In an environment where no matter what, you have to learn about charming others, once I started to do my make-up and hairstyle properly, I started to see an increase of women among my fans who were mainly males until now. That surprised me a lot, because I didn't think there'd be a time I would be admired by women.

Seeing this, the editors who were taking care of me suggested publishing a style book for female fans, which led to my current activities as a model. 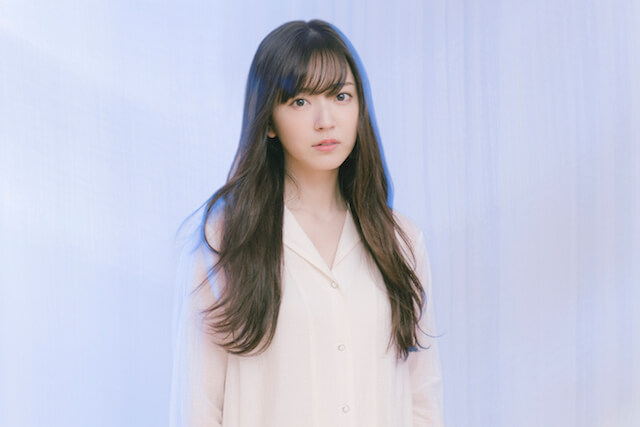 Model work is completely different than Idol work. To be honest, I was very confused at first. The ways of shaping up your body until the shooting differs, the poses and expressions are also completely different. Even though I had experience shooting for magazines and photobooks, I had to think about those model experiences as a first, and learn everything from scratch all over again.

I try to learn about myself for anything. I try to use my complex issues as an opportunity for self-study. Of course it's always better to not have any complex, but it's because they're here that you can improve. Your life after overcoming them becomes a one and only experience that leads to build self-confidence. I think life is a repetition of that.

By sharing your own experience of overcoming complex issues with everyone, you can get sympathy from the world, and they will talk about your improvements more. You'll be like 'Thank you, complex" (laughs).

But I'm somebody who doesn't like to show her struggles until she succeeded. Even when I try to shape up my body, I don't want to show much of the process until I'm done. Even when I learn a choreography for the first time, after learning it a the studio, I prefer to rehearse at home to improve. I dance while bumping into the walls and lamps (laughs)

Of course it's good if it was successful, but I think it's bad, even for your surroundings, if you just look at the process and feel "that's enough". My resistance to showing people if I'm working hard or not, I think that's my work ethic ? It's my pride, but I wonder if that's the reason my back is always so sore.

A frustrating half-year, watching the other members starting their activities

When I became a solo artist, I've changed my mind about that perfectionism. The half a year from °C-ute's disband to my solo debut was a very difficult time for me...

During that period, I had an agreement that I won't do any music activities, and was only able to communicate through Instagram. Suddenly being only able to work behind the scenes after being active for 15 years...
I became pretty impatient, watching the other °C-ute members starting their own activities, and my life was at its lowest point. It was frustrating and painful. 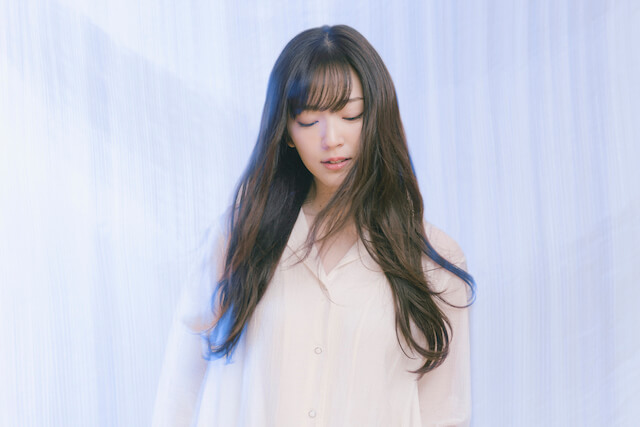 Because I was very troubled, I understood the feelings of people who cannot easily recover, and became able to give better advice to people when they would ask me something.

"Even me who was always positive until now, can feel so down". I was able to meet with a part of me I'd never known before. That was a turning point.

My mother told me "You're not a positive person in the first place". She told me my only power was to turn negative thoughts into positive ones.

I think that at this time, the iron wall I've built over these last 15 years tumbled down. Like "I became human !" (laughs)

Wanting to make team work while helping each other grow up

Many things changed when I started my solo activities, and one of them is that I had to give my opinion. For example "I want to sing that kind of song" or "I want to have that kind of choreography". My opinion is needed.

During these times, regardless of one's experience or talent, I feel like I want to give a bright feeling to the work environment and I "create a team" with the people taking the decisions with me, so we can explore the unknown together.

This is something I try to take care of especially when I'm shooting with other models or when I'm going to unknown places, but if somebody gives a negative feeling, it'll impact the environment. That's why I always try to smile whatever happens.

I believe that a team that can challenge anything while having fun rather than feel stress will be able to grow together and eventually make good work. I've always tried to value that perspective in my work. That's why I don't do the meetings for my album in a conference room but in a yakiniku restaurant instead, where people can share there opinions easier than if they were in a stressful place.

After that, you just need to be greedy. Of course, it feels safer to work with people who you've already worked with, it's reliable and there can be no failures. However, I want to challenge something I've never done before and that feeling is shared with my whole team. That's why many producers and company staff involved in my second album I've just announced are people I'm working with for the first time ever.

This album contains more songs written by me, and I tried to put more of the "human Suzuki Airi" into the tracks. That's why it's titled "i". Because my humanity is more expressed, it's a big change from before. 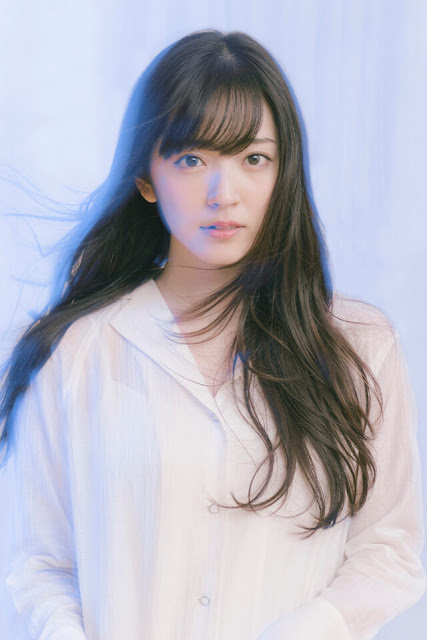 At first, I was really confused about showing a new image of me for my solo debut. "For the fans supporting me since my ℃-ute days, I want to become a solo artist that preserves that experience she gained". However lately, many fans have been telling me "You're always thinking about us when creating things, but you're free to try out more things. We'll always have your back."

I felt relieved. As I was too conscious about my past, I kept going backwards. Of course, my feeling of wanting to treasure these 15 years and the fans who kept supporting me won't change, but because everyone pushed my back I thought "Let's go !".

I'll sharpen my body, eat good food, make inputs... While repeating those, I'd like to gain various experiences as an artist and a woman, and convey them through my work.