(Translation) "By doing what she loves for a living, her happiness doubled. The reason why Suzuki Airi continues to sing" / MyNavi Woman Interview (260420)

The primary school girl addicted to "Hello! Project" I was at the time was fascinated with Suzuki Airi, who was so bright during the Kids audition.
When I looked for more informations, I saw we had the same age ! The fact there was such a cute girl of the same age living in Tokyo... The rural girl I am was amazed.

This same girl decided to leave "Hello! Project" in 2017, at the time the group she was active in for 12 years, "°C-ute", disbanded. She then decided to continue as a solo artist.

Why did this girl, called "The Idol admired by other Idols" decided to continue to sing even after her group's disband ? And what does drive her when she's making such important choices ?
I digged deeper in the work view of this woman who turned 26 years old this year. 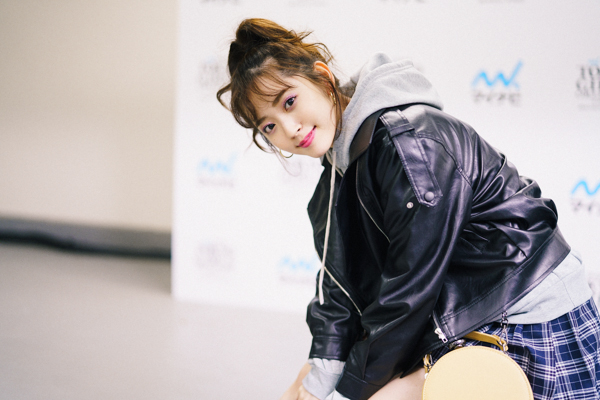 "I want you to continue to sing" ; fans' opinions drived her

After °C-ute's disband, as the other members all decided to go to the actress or talent routes, she decided to continue as a solo singer. However, it's not as if she had decided this beforehand.

"To be honest, I didn't intend to become a solo artist at first. I thought I've seen everything in 15 years of work, and especially because I love singing, I didn't plan to go this way". 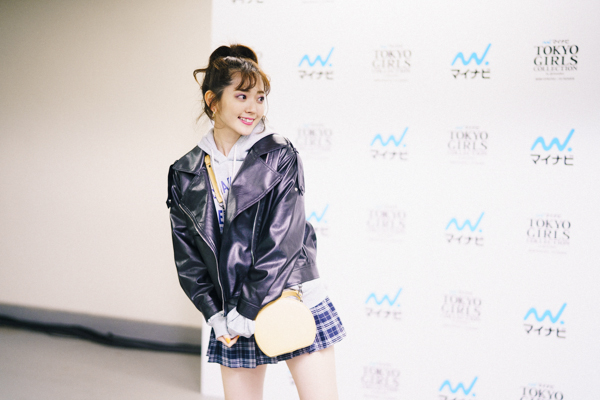 What helped her are the fans' opinions.

"I received a lot of messages from fans telling me 'I'd love to see Airi continue to sing', and thought I should give it a go".


The decision to become a solo artist was for the fans, but also for herself.

"I realized I was the type of person that felt rewarding having people receiving energy and have them thinking 'I'll do my best from tomorrow too' thanks to my various activities, even other than singing. And as the goal I have is also linked to what I thrive on, if you look at this from this point of view, then I chose this path for myself as well."


As long as there are fans who wants to listen to her singing, she will continue to do so.

"The hardest for me is not being able to sing"

Suzuki Airi, who spent 12 years in a group, and is now in her 3rd year as a solo artist

What are the main differences between a career in a group and in solo ? There is no doubt she will be able to give us some clues on it, as she experienced both.

"Rather than this, there's only one point where they're similar, it's the 'music activities' part (laughs) Singing and dancing, the bases are the same but there are no lyrics distribution and my dancing style also changed as well."


To her, the biggest difference is the "production".

"Now, I'm picking the songs I want to sing, giving my opinion on the production of the lives, think about the setlists... The most different part is that I'm allowed to participated in all the meetings from the start." 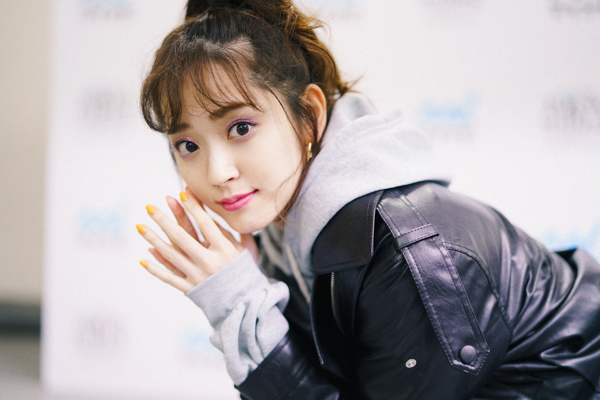 From a group to a solo artist. Shaped differently, Suzuki Airi didn't stop to sing. What does "singing" represents to her ?

"Not being able to sing is the hardest thing to me.
Since I became a solo artist, I've had more opportunities to face music. Last year, I did a live where I left the dancing a bit on the side and just sang. Thanks to this, I remembered the feeling I felt even before becoming an Idol, that 'I really love to sing' feeling. I clearly understood what I wanted to convey, and as singing is the most fitted for me to convey these feelings, I want to continue to sing."

It's surprisingly hard to keep doing what you like. Especially if you do it for work. No matter how much you love it, there are times you grow tired of it.

"Even though it wasn't supposed to be like this..." is surely something somebody who does what they like for work has felt at least once.

"I also started to sing because I loved to do so, but when you do what you like for a living, there are indeed times when you're tired of it. Especially because it's something I love, there are many times I thought 'I wish I could continue without being evaluated by other people'."


There are many people who may have felt "I'm done with this" by thinking such things, but that didn't stop her.

"Going over this wall will let you feel a sense of accomplishment by doing what you like, your happiness will double and you'll be able to be your true self". 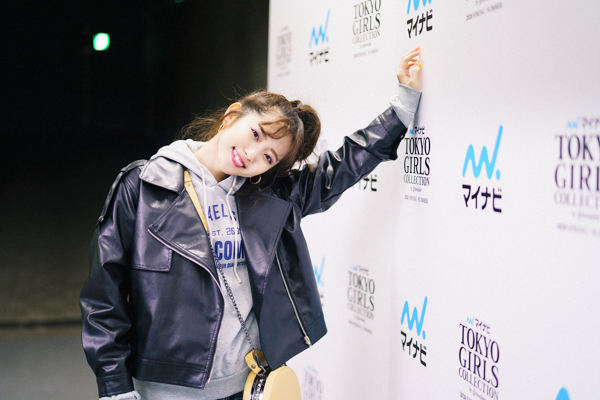 However, there are certainly people who fear getting tired of things they love and chose not to do it for a living. What does she thinks about it ?

"This way of thinking is also correct. By not doing what you love for work, then you can do it to help you relax when you're tired of your real work. However by picking something you love as work, the happiness when realizing something is even bigger, ideas are also easier to come up with, and everything you do is linked to this work, and in result you'll think 'I'm glad I chose this'.
It's not only doable within our industry. I think you should choose what you really love after your graduation. Because I think the possibilities will expend after."


When your head is full of thoughts, it's okay to forget about it for a minute

26 years, and 18 years in the entertainment industry. She spent her childhood, adolescence and adulthood performing. She must have taken many decisions since she was a small child. How did she deal with the worries she may had ?

"I'm the type of person to not talk about her worries and face them herself, but when I reach a point where it's too much, I just call my mom. She gives me advices from an angle I didn't think about at all, or makes me feel happy by talking about completely different things. My mom is great." 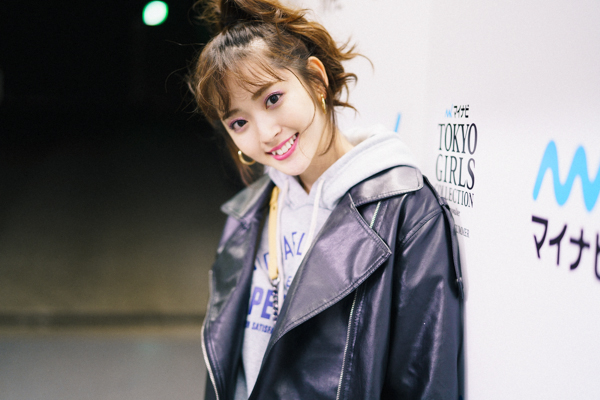 She has many great episodes with her mother. There are times where they talk on the phone for 3 hours !

"Calls with my mom are my way to relax. I'm also always thinking and worrying about many things, so why don't you try to forget about it for a minute ? By thinking about something else, you may come up with new ideas."


She admires Tanaka Minami-san. The appearance she's aiming for her 28th birthday ?

She just turned 26th at the beginning of April and so, there are still 2 years before she turns 28, the average age of "MyNavi Woman"'s readers. We asked her about what she aimed for her 28th birthday.

"I think the turning point of a woman are the ages of 17 and 18 ! At 17, you're in your sparkling youth, your skin looks the best, and 28 is the time your "glow" suddenly switches to the one of an adult woman. So I'm expecting it to work for me in two years as well. (laughs)"


The woman she admires is Tanaka Minami-san.

"The charms of a woman who has the cuteness of an highschool girl but also the attractiveness of an adult and healthy woman are really different. I want to become a woman like Minami-san who shines because she learned a lot and worked hard".


The girl of the same age I admired in my chidhood also turned into a nice adult woman with the same innocent cuteness of that time. 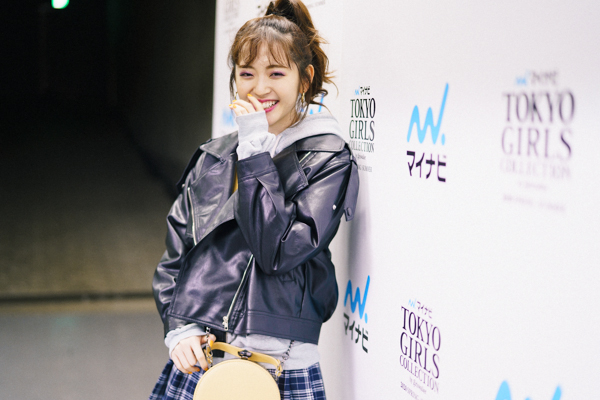 At the same time, I felt her passion for singing. It's tough to turn your hobby into a job, but it's harder to keep working to always be at the front.

She hides the among of efforts she did behind her culte smile and singing. I believe being a singer is her vocation.

It may be painful sometimes to do what you love for a living. But on the other side, you may be able to discover an irreplaceable joy and more sides of you. She made me want to do my best as well.