Looking back on the live performances since my solo debut 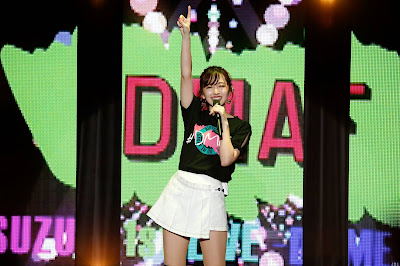 My first solo live before my debut, so it was like "Episode 0". Also the first full live I performed since °C-ute's disband. I think I was the most stressed I've ever been (laughs) They were lives separated between dance-focused and band-focused ones, and the ones at Cotton Club were the dance ones. I was excited of course, but I also had many pressure to make the fans who came to see me - who didn't know most of the songs I'll perform, have a great time. I did everything I could. This live hasn't been released on DVD so there aren't many videos from it, it feels like an illusion to me (laughs)

My first live was at Cotton Club～♪

I'll never forget the fans looking like they were thinking "What am I supposed to do ?" (laughs) 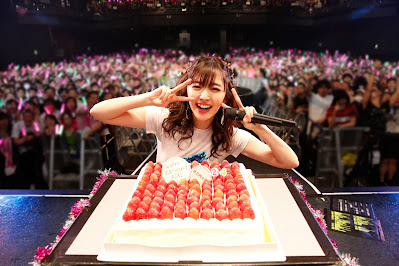 This live at Zepp Tokyo was also before my debut and was focused on the band tracks. On the dance-focused lives, they were many genres different from what I did as an Idol until now, but the band track were pretty close to what I did, that's maybe why I have a strong impression that it ended happily (laughs) I really did my best at performing "No Live, No Life" ! The year of my solo debut was pretty fast so more than making me change my feelings, it's a year that made me gain a lot of experience. I also remember that as my birthday was close, I received a cake and could celebrate it with fans during the live ♡

I've never touched my guitar since then ← (what ?)

I got goose bumps when you guys sang "No Live, No Life" along with me!

I did my solo debut with my album release on June 6 and the biggest celebrations were with this solo live at Nippon Budokan. It felt really weird to me to be standing on the stage of Nippon Budokan alone. At that time, I wanted to introduce the songs of my debut album but didn't want to always separate them into dance - band - dance - band tracks, and tried to do a varied setlist based on the cameleon concept. I wore so many outfits, honestly I was constantly in a hurry like a storm (laughs) But after that I realized "I can do it alone...".

Did you know my bangs there were in fact, a wig ? (laughs)

To celebrate the one year anniversary of her Budokan live, Airi shared her secret to perfect bangs... 🤐
(She has been using this since around 2014, for those who did not know ☺️) #suzukiairi #鈴木愛理 @airimania @airimania_staff pic.twitter.com/o8rj4hwqwN 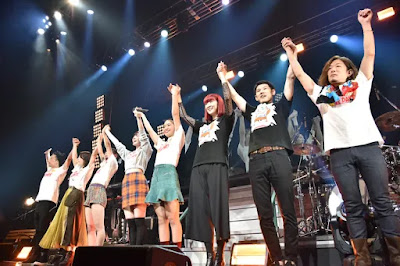 Suzuki Airi LIVE TOUR 2018 “PARALLEL DATE” (03.11.2018)
This tour was created around a plot. It was my first time doing such a thing. I got the idea from the song "Parallel Date", which is also the title of the tour. I thought it should be great that the live felt like fans were having a date with me. I was really happy when I saw fans' comments after the live saying "I had a date with Airi !", because it shows that they understood what I wanted to express. We had so many ideas for this and it's a live that made me realize that I wasn't alone.

I was asked so many times to sell this grey sweater ! 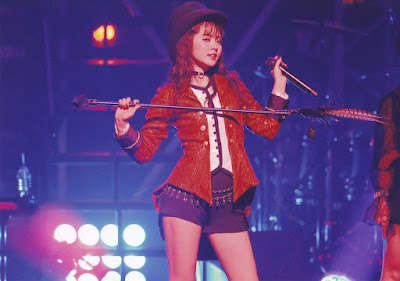 Suzuki Airi Hall Tour 2019 "Escape"
'Escape" is the result of my thoughts to create a live similar to a movie or a musical. The story's about a wanted individual trying to hide at night. Also, the cover I did of "Betsu no hito no kanojo ni natta yo" really made me change my feelings about entering and transmit the worldview of a song. I understood that entertaining lives were fun but they were lacking of something else. I wanted more than that. 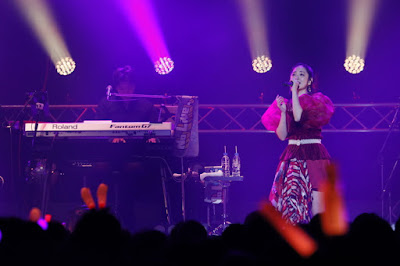 Suzuki Airi LIVE PARTY No Live, No Life? (21.12.2019)
In response to this, my team told me "What about focusing on singing only ?". A live without dancing, without story, just me singing. Apart from the details that I absolutely wanted, I really trusted my team. Even during the live, until now I had a lot of support from the band, but this time it was me who drove and guided them. During the final in Nagoya when I sang "IDENTITY", it was the real me without filter, like, I stood on stage without artifice. I love singing to the point it makes my heart tremble, and this Airi was the real me.

ABOUT Airing the Bell
Interview made in March, just before the Yokohama Arena live !

Q. "I ring the bell" ? What is the theme of this particular live ?
Airi : The title of this live comes from the lyrics of my song "IDENTITY". It's a pun with my name "Airi" and I want to convey that feeling of "This is what I am now". I want to make it a live which will makes rings the bell of everyone's hearts. The me I am now wants to move people's hearts with her singing. There's also a band and choreographies, but it's set up without a story. It's a live where you can simply enjoy music. I can't wait to do it !!!
Q. I see. Is there any detail you were particular about ?
Airi : The music ! I didn't know a lot of details about this until now so I never really could tell my opinion on it, but thanks to what I've experienced thanks to the "No Live, No Life" tour but also my acoustic lives, I understood which type of music I liked. I could give some ideas about the lenght of the intros, the arrangements, what I wanted to try... I think it'll really show during this live !
Q. Did you also produce the staging and outfits yourself ?
Airi : Yes. Of course there are many parts I'm trusting the staff on, but I've participated in all the meetings. It was also my first time participating in the meetings about the music on stage.
Q. What is the "Airi Suzuki" you want to show during this live ?
Airi : Like the title conveys, who I am now. During my solo debut, I really relayed on my experiences with °C-ute but after my "Escape" tour, many fans told me "I'm happy you are thinking of fans, but you can be yourself, you know. I'll follow you anyway", which I didn't expect. Until now, 80% of my artist image was like my Idol one, but this time, I want to trust myself like fans do. I'm really grateful to them.
Q. You also changed your style for the official goods.
Airi : That's right. This time I created goods I wanted to do, while listening to everyone's opinions. This live book is also a new type of goods ♡ I also participated in the creation of the goods. It takes a lot of energy and sometimes the outcome isn't like I always wanted, but it feels like I'm moving forward step by step. Like a brand new world's still awaiting for me.
Q. I'll change topic but do you have a routine before your lives ?
Airi : I try to sleep as much as I can the day before. Sleep is what has the most impact on my voice so I try to get at least 8 hours. I can't reach notes when I don't sleep. Also I eat tonkatsu before the live. I also rehearse alone before sleeping, to get in the mood. I trust in the fact anxiety will be removed by the night before and then the brain will handle it while sleeping. And the day of my lives, I don't have any particular routine, I just gargle (laughs)
Q. Is there anything you're always doing ?
Airi : Before the performance, we get in a circle and chant "Wai wai wai, fuuuu !" ♡ Also I ask to have natto and eggs. Since my °C-ute days, I enjoy eating rice bowls with natto and eggs, so there are always some in the catering. That's my grab-and-go breakfast.
Q. You're known for talking a lot during your MCs, are you always improvising ?
Airi : Yes ! (laughs) But I'll never talk anymore like I did on the "No Live, No Life?" Nagoya performance. I think I sounded like a completely different person (laughs) Even though my staff members told me "Suzuki, you can do a live with just music", after the first performance in Tokyo they were like "Yeah, nevermind". Actually, my grandpa passed away before the Nagoya performance (t/n held on December 25, 2019). It made me think that I don't know when I'll lose the people I cherish, that living through music isn't forever and that I don't know how many more times I'll be able to meet my loved ones, including my fans. That's why I was on the verge of crying during "IDENTITY" during this live. Well, anyway, I never know how excited I'll be to talk during my next live (laughs)
Q. Last question, do you have a message for fans, who are looking forward to this live, so they can get even more excited about it ?
Airi : In contrary to the "No Live, No Life ?" tour where I guided everyone, this time I wanted to create a free and cohesive live where everyone could participate or clap their hands as they wish. There are various type of fans who come to see me, some who got their heart broken, some who feel down, but I want them to forget about their daily life and enjoy themselves during the live. I want to make it a live where people can feel the power of music, so please everyone, look forward to it !